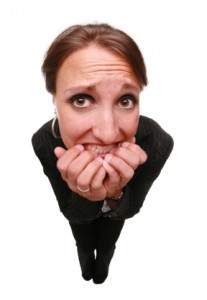 My social circle exploded this year. It exploded like never before. There were many more events to attend, countless parties to go to and lots of cool people to hang out with. So what if  the events were my son’s baseball practices, the parties were his friends’ birthday celebrations and the cool people were new families we had met through these activities? :-) Thanks to my son starting Kindergarten in his new school, my social life had suddenly taken a new turn and with it came the phenomenon that I like to call ‘a peck on the cheek and my awkwardness alert’.

Okay, so before I go too far with my story, let me set a few things straight. I have spent my entire adulthood in the USA, where on several social occasions, as a woman, I have been a humble recipient of a ‘peck on the cheek’ offered by the men greeting me in these gatherings. I recognize that it is a social norm and a perfectly acceptable one. However, you should also know that I spent all my childhood years in India in an urban and yet a very conservative city. Giving each other hugs did not exist then. A ‘peck on the cheek’ definitely did not exist then. In fact, unless you were a baby whose cheeks were getting pulled as a gesture of affection, I think cheeks did not exist back then.

So when this particular “social norm” started getting exercised way too often during all these gatherings, needless to say, my Indian-ness took quite a beating and decided to revolt by feeling awkward. I would become very conscious when I saw a peck coming and then I would hesitate and freeze. Honestly though, after all these years, I still don’t know exactly what I am supposed to do. Am I supposed to tilt my face, make sure my cheek is positioned in a good angle? Maybe get on my tip-toes if the guy is very tall? Attempt a peck back? Give a semi-hug? I have absolutely no clue! What I know is that I have not successfully returned a peck…like EVER. Who knows how many men I have offended by my rude behavior? Even that face-in-the-air-cheeks-barely-touching peck that I once attempted, totally missed the target and landed somewhere on the guy’s shirt collar!

So on this particular day, one of these families had invited us over for dinner. In a few short months, we had become great friends with this family. We shared fun times together and our outlooks matched on plenty of things from parenting, education all the way to the amount of frowns we generated while discussing religion. So I was looking forward to the gathering but as we approached their house, I was suddenly hit by the awkwardness alert. As I entered the house, since I was holding a big plate of food in my hands, I escaped the entry peck. The ‘exit peck’ was still hanging in the air. We had a wonderful dinner followed by a casual chit-chat and lots of laughter. As we were about to leave, I don’t know if the man in the family finally sensed my awkwardness or not, but there was no peck. Instead he simply touched my shoulder and said “bye buddy”. Aah, ‘buddy’! Finally a word that I know too well. A word and a gesture that does not make me uncomfortable, in fact makes me light up and smile. I stopped holding my breath and bid them good night. ‘You too buddy, thank you!’ I said to myself. As I was walking away from their house, I hesitated again though…just for a moment. And this time, I think I actually missed not receiving the usual peck on the cheek! I know, I know, just for a moment…but I did miss it. Damn! :-)