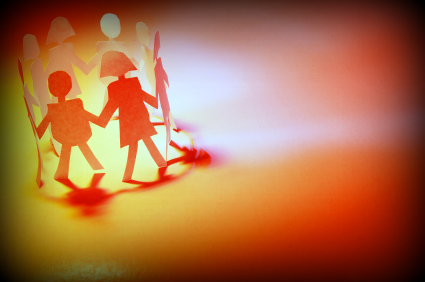 I think ‘Pay it forward’ is a nice concept but there is this one case where I am not able to get on board with it and I figured the best I can do right now is blog about it. :) Apparently the phrase ‘Pay it forward’ was first used in a book by Lily Hammond where she wrote: “You don’t pay love back; you pay it forward.” From there, it became popular through plays, books and movies to suggest that if someone does a good deed for you then you pass the love and care on by doing something nice for someone else. Simple and makes sense, right? It made sense to me until recently – when I couldn’t find the whereabouts of a friend who had helped me long time ago and I couldn’t get myself to think that I would simply pay it forward.

Now you would think that in these days of the supreme connected-ness that the Internet and social media offers, locating a friend should be a matter of few Google/Facebook searches, right? But the online searches didn’t help and asking common friends only led to a few bounced emails. So this blog post is dedicated to this friend, who did one simple thing: he called me on the phone on Saturdays to ask me how I was doing. That’s it. However, he did that every Saturday, week after week when I was going through a particularly bad patch in my life. I think it’s fair to say that my response on the phone would be a nonchalant one, we would talk for some time and hang up. And then the call would come again the next Saturday. I can’t say I looked forward to the call but I never rejected it either. I don’t remember for how long the calls kept coming. I don’t remember why they stopped. It’s been too long and my memory has faded.

But one thing is certain – I don’t think I ever thanked him properly. If I want to analyze my behavior then I guess I can blame it on my specific state of mind, or my introvert nature, or even on a community where saying a “thank you” and verbalizing your feelings was not a norm. But I don’t want to analyze, nor do I want to rationalize. Also, such nice was his gesture that I cannot pay it forward. I might not keep checking on someone week after week if they are going to act like they couldn’t care less.

So here’s what I want to do instead. I want to hop on a time-machine, go back and tell my teenager self that sometimes life can appear harsh and there is no way to mend it – for there are no magicians with a wand, no Gods who can make it all right, but there are always angels just around the corner. And when the angels help you, do thank them before they disappear just like that. Having said that, I don’t think my teenager-self will listen to me; she is way too stubborn. Also if there is a future-me lurking out there, who is all irritable, ungrateful (ouch!) and wrinkly (double ouch!), then I want to fly there too and shout in her senile ears. Of course she is probably too cynical and might not listen either. Oh well. :)

At this point, you might say that all this time-machine business is not going to work and that I am not thinking through rationally. But what if the present-me doesn’t exactly feel like holding on to rationality much? :) In fact, I think I may have already climbed a few steps up the irrationality ladder because only my irrationality knows how to push me out of my shell and make me write this personal story on my public blog. So there!

2 thoughts on “I cannot Pay it Forward this one time”