This blog post, written by my son, describes the two days he spent with elephants in Thailand. Thrilled to have him as a guest blogger here! :-)

We went to Elephant Nature Park in Mae Taeng, Thailand, a town 90 minutes from Chiang Mai. The park had 41 Asian elephants. When we arrived, we saw three of them ready to be fed. Elephants know when it is feeding time on their own. Then, the elephants came toward us, and our guide showed us how to feed them. The elephants eat lots of watermelons. To feed an elephant, you need to put the watermelon behind the trunk, wait for it to hold on and put the watermelon in its mouth. I felt nice when I fed the elephants. Some elephants eat bananas and pumpkins. I touched the elephant’s big trunk which was rough like sandpaper. 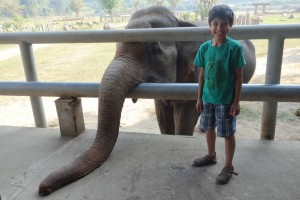 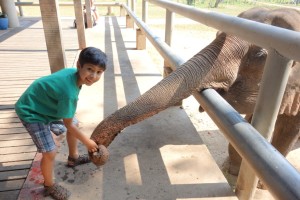 We walked to the river because we were on a tour to see the elephants. We also got to pet them, but not the babies because the mother always tries to protect the baby elephant. The herd had five elephants. We watched the herd bathe. The baby was swimming and diving, splashing and cuddling with its mother in the river. We all liked the baby elephant playing. One of the elephants which was blind, thought the water in river was cold so it did not take a bath. After the bath, the herd dried their bodies, took mud in their trunks and sprayed it on their backs to keep cool. It was fun seeing them spray mud on their backs. The baby elephant loved eating food and playing with the dogs by chasing them. There are more than 400 dogs in Elephant Nature Park because they also rescue dogs and cats. Everybody thought the happy and playful baby was cute. The elephant herd was nice and happy. The herd really loved the baby elephant very much. 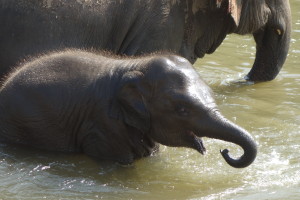 We ate lunch and fed more elephants bananas and water melons. Then, we walked back to the river and brought water buckets with us. We stood in the river and got wet. We learned how to bathe an elephant; we fill the bucket with water and dump it on its back. We all got soaked with water. We all had a water fight by dumping water and soaking people. Bathing the elephant was very fun. If you are bathing an elephant, it will most likely be a female because there are only six males so far. After that, we ate dinner and I had my second  foot massage at the spa. The massage was very comfortable for my feet. 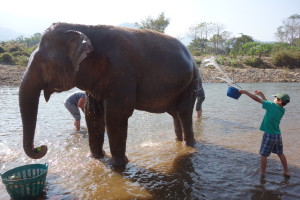 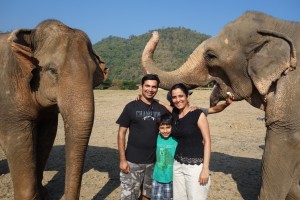 Later, our guide led us to our small house that we will sleep in only for that night. We had a house because we were sleeping at the Elephant Nature Park overnight. Our beds were all covered with mosquito nets all around so we didn’t get bitten by any mosquitoes. We went out for dinner and then came to our house to sleep. Our house was in a small village surrounded by lots of cats and dogs. The next day I had more fun with the big giant elephants because my first day was great. 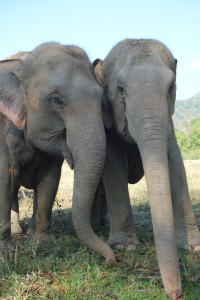 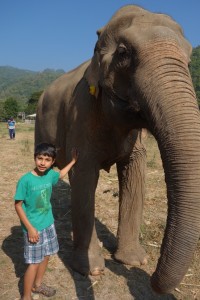 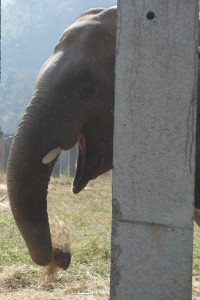 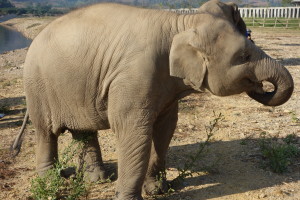 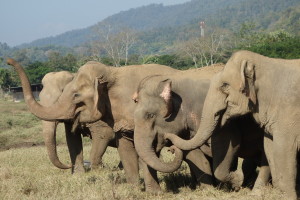