“No, no mother, I do not want to dance!” Veera shouted and threw her ankle bells on the ground. Jaya watched in horror as her daughter ran and disappeared into the thick of the jungle. Tears welled up under Jaya’s long green eyelashes but she did not set them free. 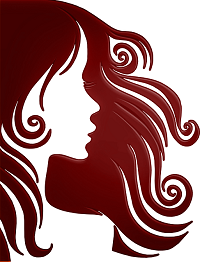 Veera was a ten-year old girl born in the distinguished Dancing Peacocks clan of the jungle. She had the same green eyelashes and bluish skin like her mother and everyone else in the clan. Her walk had a natural grace. Every morning when she ran to the great lake, the flowerbeds shook their dewdrops off and the breeze made a feeble attempt to match her pace.

Veera was born to dance. Everyone was eager for the day when the clan’s grand belt, made out of hundred sparkling ankle bells would be passed on to her.

There was just one problem. At the age of ten, when Veera should be spending every morning and afternoon practicing her forms, she simply did not want to dance.

The yellow flowerbeds looked pale as Veera ran, her angry fists pushing the grass blades away. Sitting at the edge of the lake, she threw her head back and moaned, “My ankle bells are too heavy. This ground is too hard. I cannot dance!” The lake wanted to say something but there were no ripples to be seen.

The lake was huge with a light green color. It had been around forever. It had heard of many tales from the past and the future. It knew of the time when the clan folks had brown skin and black eyelashes. It knew about Veera’s great-great-great grandfather, who had taught the clan to observe the peacocks, practice for hours, and make rain and thunder through the collective roar of their ankle bells. Dancing was their prayer. Slowly the clan had surpassed the abilities of those fine birds of the jungle and transformed. Dancing was their pride. Dancing was their power. The lake had never heard of a single person from the Dancing Peacocks clan that would not dance. It shivered at the thought.

Hours passed as Veera sat there watching the lake breathe slowly. The sun was high in the sky and a sense of calm fell upon her. She knew in her heart that her mother loved her. What then was her struggle? Was it the clan, the endless practices, the prayers or the performances? As she stood up to ask the lake, she saw Jaya rushing towards her with ankle bells in her hand. Instinctively, Veera turned and jumped into the lake. “Veera! No!” Jaya’s voice echoed through the jungle. The flowerbeds trembled.

The next moment, in one fine stroke, Veera emerged from the lake and was gliding, almost dancing on the water. Her feet were swift and gentle. Her hands moved in circular motion and her eyes shone in delight. As she twirled over the water, the sun rays dazzled through the ripples splashed all over the great lake. Jaya watched in amazement.

As Veera slowly walked out of the lake, her skin glistened like the yellow flowers around. Jaya took her hand and said, “Shall we go home, Veera?” Veera nodded.

As they held each other and walked away, the lake thought of the tale of the clan of Golden Swans, who wear sparkling bells around their necks, who glide on the lakes and conquer even the vast oceans with their twirling feet. Now was that story from the past or the future? Had it just seen the beginning of the forming of Golden Swans? The lake thought so but could not decide. So it simply decided to rest. That was usually a good idea. An elated dusk was waiting eagerly to tell the jungle the glorious performance that she had just witnessed.