“It must be good to be a country that boasts of richness in its name itself” I said to myself when I heard that ‘Costa Rica’ means ‘Rich Coast’. But after spending a couple of weeks touring the country, I thought that the place was wealthy in so many different ways that it would be totally cool even if it called itself ‘Totally Rica’ (Totally Rich).

It’s a place where ‘lush green’ is a huge understatement for the kind of greenery it exhibits. And if you dare to suggest that the forests may be too green for your liking then it will quickly laugh, throw its canopies back and offer you a crazy colorful display of scarlet macaws, toucans, butterflies, hummingbirds, red-eyed frogs and much more. Nature unfolds its drama in such splendid glamour that the wardrobes of a Las Vegas cabaret would hide themselves in shame. 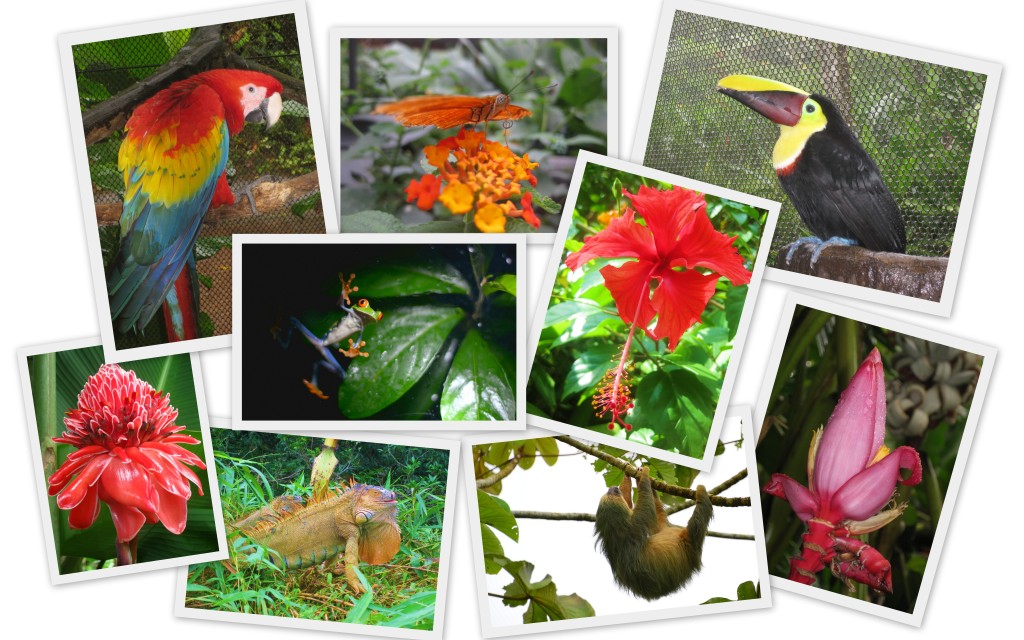 It’s a place where the rain-forests thrive in a delicate balance. The competition is stiff and the diversity is mind-blowing. You need to be ready to help those around you but also play some tricks to survive. That’s when leaves become translucent so that the sunlight can pass through them to reach the bushes growing underneath. That’s when a parasitic vine slowly engulfs a tree, the tree completely disintegrates, and the vine continues to grow as a totally free, tall and hollow structure. A pretty little orchid pretends to be a regular flower to attract additional bees, and a butterfly camouflages with its host tree with such perfection that you are left utterly dumbfounded. 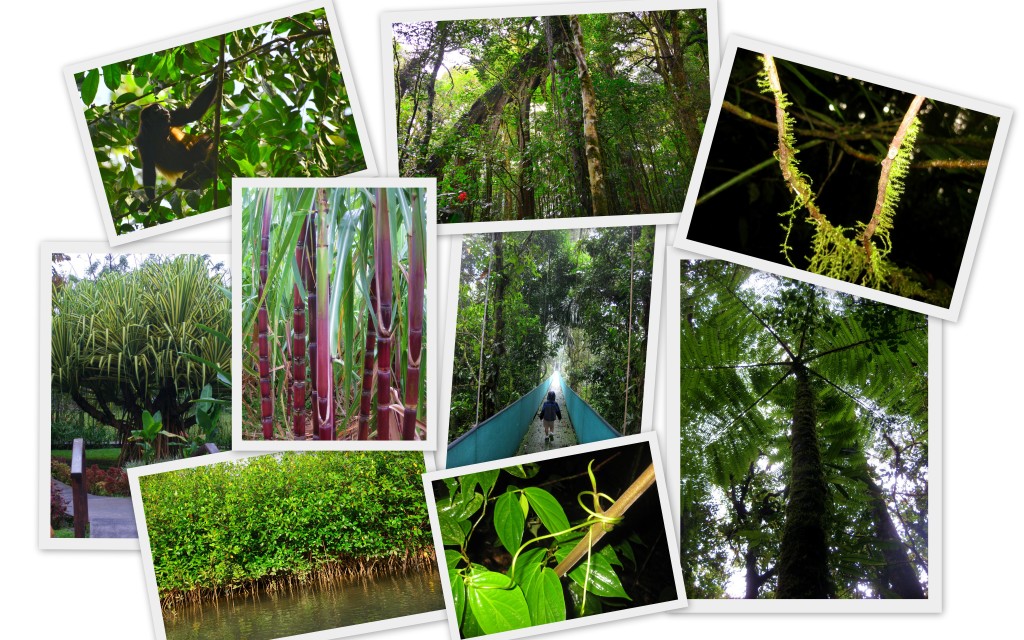 The thick rain-forests are full of wonder but as you explore the places, the wealth that truly touches your heart comes from the warmth of the people of this country. This is where you see a guide bend down to pick up a small plastic wrapper trashed on the ground. Another guide in a cloud-forest tells us how the clouds are slowly disappearing as years go by.

Global warming may be a topic of casual discussion or a controversy for some of us, but it is very real for him and he makes it real for us…such is his passion. The same passion for their work is seen in the people at the animal rescue center, the bat jungle, the orchid garden, and even in the servers in restaurants who wait patiently and smile as we struggle to communicate – first attempting sign language only to pull out the Google Translate app on our smartphones.

This is where a guide explains how the mangrove forests that were cut down are slowly growing back. “Nature is taking over” he says with a twinkle in his eyes. He is elated to show us his granddaughter’s photo. A father to three daughters, “my granddaughter is my two eyes” he says.

A fifty-seven year old guide galloping flawlessly on a horse makes it a point to talk to each one of us as we go on a horseback-riding tour through a jungle full of winding streams. He has the word ‘China’ tattooed in green on his forearm. No, even though he has toured almost half the planet, he has not visited China. ‘China’ is the nickname of his beloved who abandoned him after living together for several years. “Life still goes on” he says. In his parting speech, he invites us to visit Costa Rica again. He tells us that the next time we are there, he may not be around but his business partners and their little kids, who are already expert horseback riders, will be there. There is no doubt that life will indeed go on. 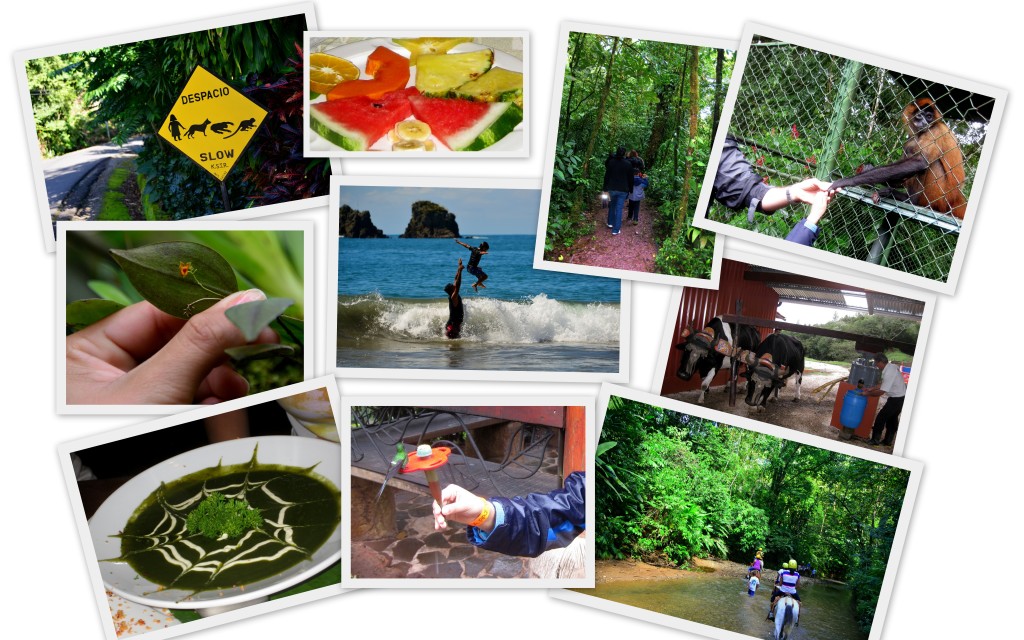 When we returned home, I wiki-ed Costa Rica. I was not surprised to see that Costa Rica had been ranked as the greenest country and also the one with the highest Happy Planet Index (HPI). According to Wikipedia, “The HPI is based on general utilitarian principles – that most people want to live long and fulfilling lives, and the country which is doing the best is the one that allows its citizens to do so, whilst avoiding infringing on the opportunity of future people and people in other countries to do the same”.

Did I also mention that the slogan of Costa Rica is ‘Pura Vida’ (pure life)? It is used by the locals to mean ‘Live Life’ or ‘This is Living’. It is both a greeting and a farewell.

It has been a couple of months since we came back home. The first purchase that we made within a few days was a small orchid plant. It stays on our breakfast table now. I wonder if the green color that we soaked into while we were in Costa Rica is more like a green tattoo — one that doesn’t get that easily washed off after all.